Preliminary information about the new Agro-ecological program in Hungary 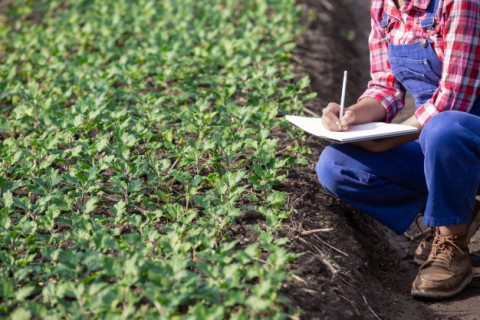 Within the framework of the new EU Common Agricultural Policy (CAP) starting in 2023, a new form of support, the so-called Agro-ecological Program (AÖP) is introduced in Hungary.
Based on the received information from the Ministry of Agriculture (AM), we would like to draw attention below to the main planned rules and features of the program, foreseen in the Hungarian Strategic Plan.

In practice, the AÖP can be considered the successor of the greening support system, which will actually be a one-year (annual) support based on voluntary commitments, similar in content to the agri-environmental management support form (AKG) operating "like greening". In the AÖP, the ministry defined optional regulations that are already partly known to farmers, but are also useful from an environmental point of view. In order for the farmers to choose the most favorable option for them, the optional specifications were created as a method of utilization. These agricultural practices focus on soil and water conservation, biodiversity protection, and climate change mitigation.

You can find the itemized list of planned optional exercises in the attachment.

Based on the list, farmers can consider which elements they can implement in each branch of cultivation (arable, permanent lawn, plantation) and which they consider worth choosing. According to AM, most of the optional practices were designed so that they do not overlap with the AKG, so farmers can participate in both programs. In the unified application for 2023, a separate statement will have to be made as to whether the producer wishes to participate in the AÖP in that year.

If you participate in the AÖP, you must choose an exercise worth at least two points in each cultivation branch. For example, if you cultivate arable land, permanent lawn and plantation, you must collect at least six points in total. If you successfully complete these undertaken practices, you will receive the subsidy for each hectare of your entire farm, except for those that are below the exemption threshold and for which no practice was chosen. (The exemption threshold is 5 ha for arable land and non-Natura 2000 grassland, 1 ha for plantations.)

The amount of the subsidy per hectare depends each year on how many hectares the Hungarian State Treasury determines are legitimate claims. If e.g. 2.5 million hectares of productive land will participate in the program, which would mean 80.85 euros per hectare. EUR 80.85/hectare is therefore a quotient, the annual AÖP amount of EUR 202.125 million, as well as the quotient of 2.5 million hectares. The value of the quotient varies inversely with the number of participating hectares, but cannot fall below 60.64 euros/ha and cannot rise above 121.28 euros/ha.

The amount of the AÖP is 15 percent of Hungary's total annual direct support budget. The latter is also important because, based on EU law, the resources of the AÖP must be formed from the same financial framework from which the basic support (SAPS), production-related subsidies, or e.g. area-based additional support for young farmers. Therefore, if someone does not enter the AÖP, it can also be considered as giving up a part of the direct subsidies.

It is also important that the farmer can freely decide on participation every year, as it is a one-year commitment.

Please note that the above AÖP plans are not recorded in domestic legislation for the time being, they will appear after the adoption of Hungary's CAP Strategic Plan by the European Commission.